My mom was Sirena Evans. I never knew her maiden name. She and her family were estranged and she never wanted to talk about them. Never met my dad. All I know is that his name was "Nick" and that he was "an abusive motherfucking asshole".

Between the age of three and eight, I lived in foster care – don’t have particularly memorable experiences. I was a kid, so most of my experiences are blurry at best. Some places were bad, some awful, some not so bad, none particularly what I would call good. It always seemed that no matter how long I stayed anywhere, it always felt temporary, just a waystation until I was handed off again. I felt like a disposable child, just there to fill a quota on a tax form. I was never a bad kid, though I was always getting in trouble for running off and hiding from my guardians – from everyone really. I felt safest when I was alone in my hiding places.

Mom got back out of prison when I was eight, turned her life around as best she could for a time, though we only ever barely scraped by. I never spent very long at any one school, so I never made any long term friends. I enjoyed those brief friendships I did make; played games with them, watched anime and ran around outside like normal kids do.

Mom always talked about getting shit together enough to find and get my big brother back. His name is Jason. I always imagined what it would be like to have an older brother. In my imagination, it made everything better.

Sadly, Mom just couldn’t keep it together. It was always either a problem with her income, a troublesome boyfriend or another drug addiction relapse.

Age 10, I wound up in foster care again. I lived with the nightmarish Hannigan couple and their ever-changing herd of foster children. They made us adhere to a strict schedule, harsh punishments, insisted on homeschooling and crammed the bible down our throats 24/7.

And back into the system again at 13, following a somewhat traumatic incident with a kidnapper who had stolen me out of our home and drove off with me in the trunk while Mom was tripping in the living room, entirely unaware of the intrusion and abduction. I’d seen the man earlier that day walking home from school. He seemed…wrong. Really wrong. It’s hard to explain. And he seemed to…notice that I saw it. I hurried home and locked up the doors and hid in my closet. His…demeanor was truly unsettling. I’d watched some anime on tv and shaken it off by the time I went to bed. He broke down the door that night, Mom oblivious in the living room and came into my room. I had hid under the bed, but he tossed it aside as if it were weightless, grabbed me up and locked me in the trunk of a car. Fortunately neighbors had called the police. There was a car chase I could only hear through the trunk (and feel as I was tossed about). The kidnapper crashed the car into a ditch and vanished into the woods. I was battered, bruised and terrified when the cops pulled me from the trunk. Mom came to see me the next morning at the police station. She’d been arrested again. She was full of apologies and promises that she’d never do drugs again and that when she got out again, everything was going to finally change. Police took her away and child services took me. I was numb from an overdose of absolute terror the night before. The man. He was “wrong”. And he was still out there somewhere. I’ve seen that “sort” a few times since. And they often seem to take notice of me. I quickly make my way elsewhere – preferably with lots of people and do my best to get lost in the crowd and find avenues to vanish. Sometimes I see that they do actively follow me. Something about them, when they catch my eye - I seem to somehow catch theirs in response.

After the incident, I stayed with the very busy and very detached Bolton family. They were both rocket scientists or something like that. I became friends with their disabled son Toby – he’s the one who introduced me to CCG’s. I’m pretty sure the only reason I was there was to help take care of him so they didn’t have to. The Bolton’s and the school I attended at the time granted me real computer access for the first time ever. I found an entire world on social media, friends I had known and lost touch with and all sorts of new online friends I met. I vowed that I would save up for a phone or a laptop or something so that when I inevitably left the Bolton family, I could remain in touch with everyone, including Toby. He’s a few years younger, but he’s a good kid and doesn’t have many friends either.

Last year, shortly after my 15th birthday, Mom passed away; too many drugs. And the doctor said she had advanced hepatitis. I didn’t even know she was sick. She was the only real family I had ever known. She was fucked up, in a major way, but she was my Mom. I’d never met my father, my brother or any of my relatives - I didn't even know who my relatives were. I was genuinely all alone.

As I was not a legal adult, they planned to put me back into the foster care system. My social worker, a lesbian with purple hair named Anne, was going out of her way to help me find my older brother, Jason – an adult who could sign off as my legal guardian, sparing me from being dragged back into the system for another two years of hell.

It was taking too long and I had found one of “them” standing outside my window one night – a woman I had seen while hanging out late at the skating park. NOPE! After a night spent clutching a hockey stick in my closet, I took what little cash and the small life insurance settlement I received from Mom and skipped town before I was shuttled off, either by the foster system or by creepy night stalkers. I’d finally landed a solid lead: the O’Reilly family, a foster family that Jason had stayed with.

Through them, I met and had a long conversation with Cameron, an old friend of Jason’s from when he had lived with them. We tracked down his paper trail and finagled his DePaul transfer papers to the University of Astoria in Oregon.

Cameron and I hiked, bussed and hitchhiked our way to Astoria. I found a photo of Jason from a website and have been trying to track him down on campus without much luck. People clearly recognize him, several have corrected me, stating that his name is "Jace", but none of them are willing to tell me where I can find him.

So it’s time to just lurk in the quad until I see him. He’s gotta go to class sometime.

Then the world went crazy...

Abe has spent his entire life running and hiding from things he is afraid of. But sometimes, in order to do what is right, you cannot. That is when he must still himself, turn around and defy that fear. And that is when his true self shines the brightest.

Abe can't seem to help himself a lot of times. He simply wants to know - what are those people talking about, what exactly happens behind those closed doors, what is the secret ingredient, where does she sneak off to at night? They say curiosity kills the cat - maybe, but maybe not if the cat is sneaky and fast enough - the cat might just live and be wiser than it was earlier that day.

Abe has numerous online friends. Some of them he'd met in person when he was in school and kept in touch with via social media, others he has only known on a virtually. Chief amongst them is a disabled boy named Toby, whom he had lived with for a time when he was 13.

Abe goes for the "dad type". Dr. Tigerlily would have a field day with this revelation. 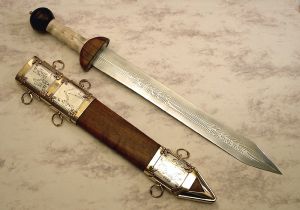