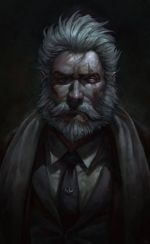 An estate along the northeastern edge of the Ardeep Forest, the Derlynn Estate is owned by one Arddeth Derlynn. An adventurer of some advancing years, the Derlynn estate has been home to a large brood of foundlings and orphans over the years. Many adventurers and Harpers, finding children in need of a guardian after events in which they were embroiled, have brought the little ones to Derlynn's door. Retired in the prime of his life thanks to a vicious injury, Arddeth has trained all the young ones brought to him in sword and spell where they have the talents. Even those who do not become adventurers are perfectly capable in dangerous situations.

Over the years, Arddeth's foundlings have often joined the Harpers, a calling he instilled in many of them from a young age. In the last decade or so, though, he has broken ties with the Harpers due to some falling out or another. Even so, he has a great many friends and family who are still among Those Who Harp, and Harpers always find sanctuary at his door. 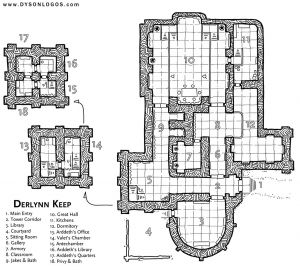 An old run-down keep, Arddeth has owned the property the keep sits on for many years.