Difference between revisions of "Dusken Glade" 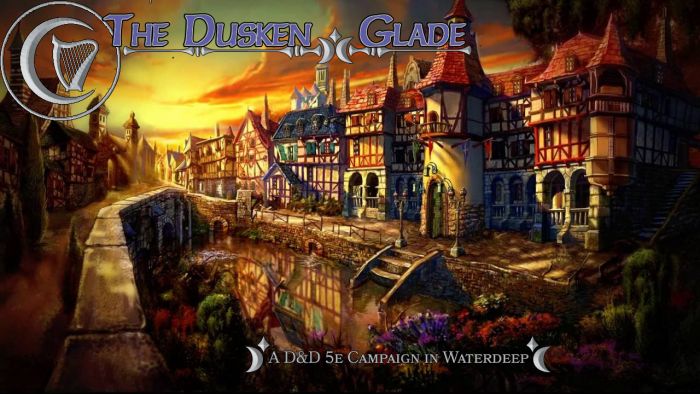 In the middle of the Trades Ward sit the Dusken Glade Inn - an inn of no particular note. Traders, travelers, and all sorts of folk stop in here. It's a good place for locals and strangers alike to bend an elbow and an ear at the same time, and the staff here are helpful and unobtrusive.

And all of that is just how the Harpers like it.

The Dusken Glade is a Harper sanctuary and safehouse, the headquarters for a small cell of its agents who are ready and able to provide aid to their fellows, to keep an eye and ear out for useful information for Those That Harp, and to possibly make some kind of difference in the world. This is the story of the Dusken Glade's resident team.