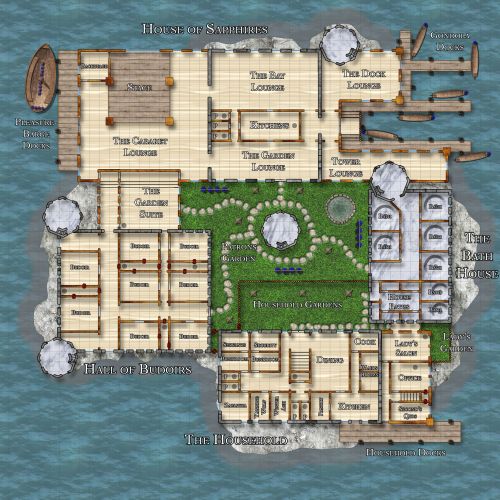 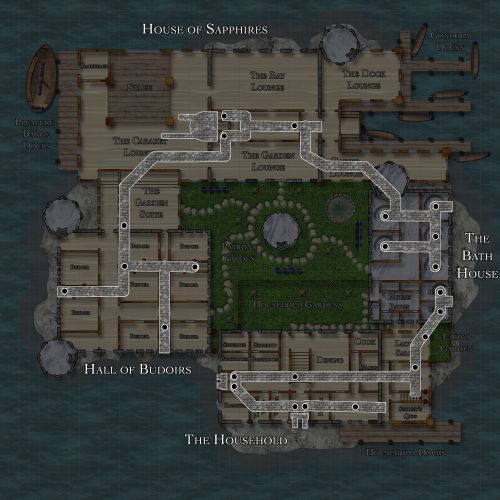 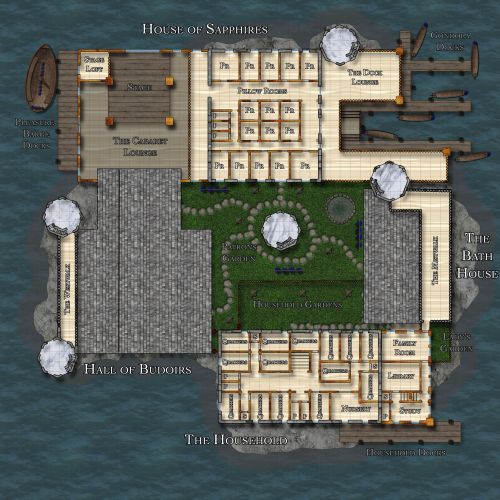 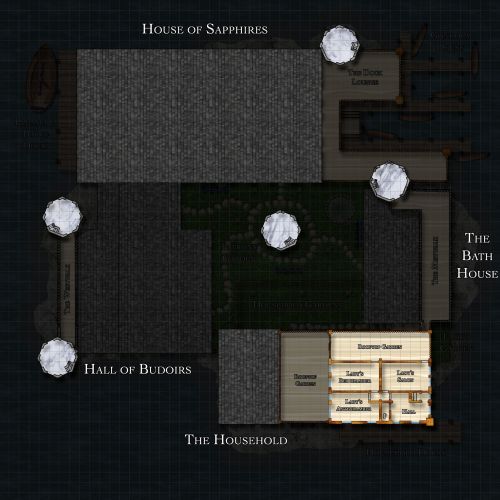 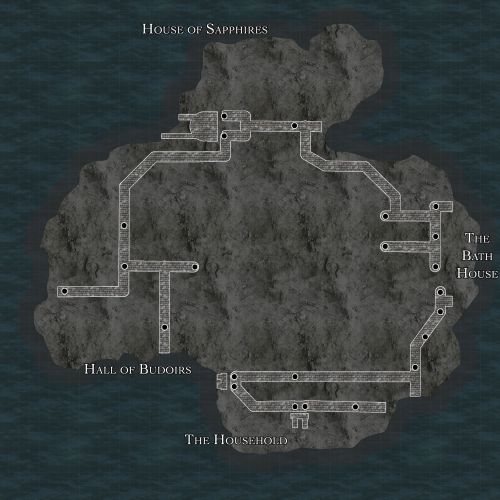 The House of Sapphires is an elegant courtesan-house standing on a small island in the Shallows of Misthaven. It is renowned as a place of genteel luxury and passion for the right price, run by the canny madame, River Sapphires. The House has somewhat declined since the rise of the Protector because River Sapphires has eschewed his company (he was quick to establish alliances with Mistwatch's most successful Guildsfolk) after he murdered her close friends in the palace. As a result of his coolness toward her, those in positions of high importance do not openly support or patronize the House (though many do so in secret nonetheless).