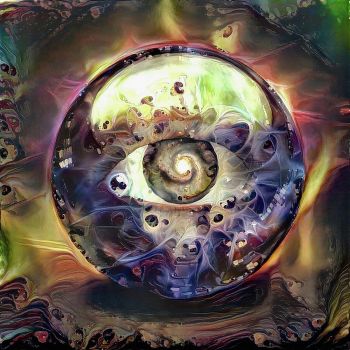 The Wayfinder, the Seer, Ios of the Eight Eyes
Ios was an ancient archmage who ascended to a higher spiritual plane, becoming a guide and guardian of mystics to follow. She is most strongly associated with divinatory magic, connected with the symbol of the eye and with spells dealing with gates, both opening and closing them. Ios was known for her devotion to seeking truth and her opposition to the ancient Cult of Idolon, infamous deceivers and spies that they were.

The Eight Eyes of Ios

This spell creates a glowing ring of unblinking golden orbs that float around the mage's head when summoned. They grant the ability to see in all directions through any concealment or illusion.

The Enchantment of Ios

This spell allows the magician to capture and hold a subject’s gaze, and attention, for as long as the caster continues to engage the subject using an interaction skill of choice.

The Everwatchful Eye of Ios

This spell literally grants the magician "eyes in the back of the head" – one unseen magical eye, technically.