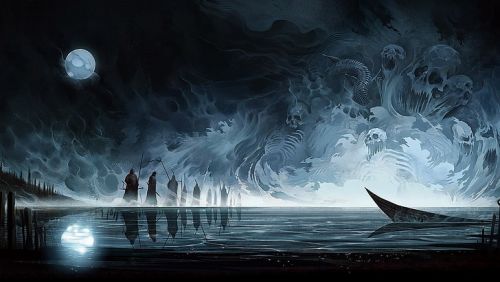 Immersion in the Styx

Mortals who are immersed in the Styx touch the lands of death. As with the tale of Achilles, some have used these waters to gain impressive powers over mortality, so long as they retained some foothold (quite literally in the case of the nereid Thetis' infant son) to the living. Those who are immersed in its waters in their entirety, however, are apt to be called into afterlives body and soul.