Let us go forth with fear and courage and rage to save the world. -Grace Paley

Gwald is a very tall, broad-shouldered Uthgardt barbarian, standing closer to seven feet than six, with fiery red hair and beard. His garb consists of buckskins and furs he's tanned and stitched himself, and a set of good sturdy boots he bought in Everlund several seasons ago.

Path of the Totem Warrior 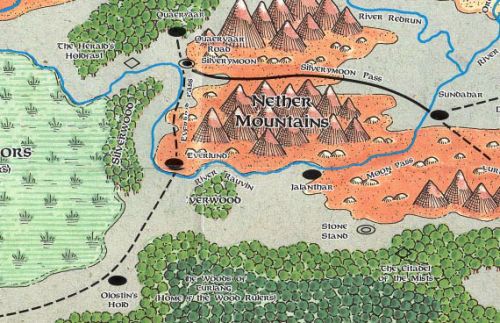 Gwald's roaming to date has kept him mostly around the Nether Mountains.