This small droid is a common sight in docking bays and mechanics workshops. Designed by Serv-O-Droid, this unit has been in service for many decades. 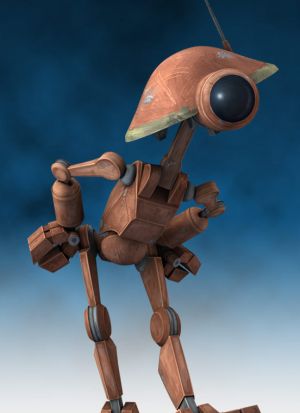 Arrival in the Halo Frontier

11 IC - Pacification of the Halo Frontier