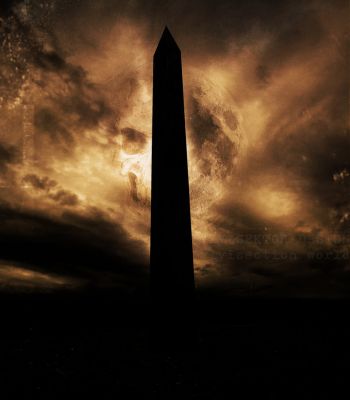 The Screaming Spire, Obsidian Ward, Ever-Watchful
Obroros is the name given to an ancient intelligent artifact, a double-terminated obelisk of gleaming black stone that serves as a guardian and gatekeeper to the netherworlds of the Cosmic Coil. Glowing eyes and mouths form on the surface of the spire when it deals with visitors or challengers. No one knows who placed Obroros on its eternal vigil, and the Spire remains silent on such matters. Its cries are terribly painful to dimensional intruders, driving them away, back from whence they came.

This spell mystically “blinds” the sight and psychic senses of those the mage chooses within its radius.

A powerful ban against outside mystic influences on the mind.

This spell summons an extension of Obroros itself, a tall obelisk of polished obsidian appearing out of a cloud of grey smoke. It can answer questions posed to it by showing visions in its depths.