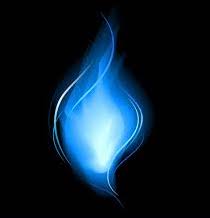 The Burning Phantoms, Floating Flames, Mighty Lights
The Phoros are immortal, immaterial magical beings from a realm of raw and chaotic energy. They appear as floating, glowing spheres of light or fire, and their full power can be damaging to unprotected material creatures. Some have likened them to “living stars.” Magicians call upon them and their realm for energy and power. The flames of the Phoros are always blue-white in color, with a cold radiance like starlight.

Flames of the Phoros

A gout of Phoros-flame that expands to fill an area, burning all within it.

Firelance of the Phoros

A spell that summons a white-hot bolt of Phoros-flame.

A ripple of ghostly Phoros-flame that ignites into a second of real fire as it contacts and burns away magic in an area.

An aura of pale blue, green, or violet flames which protect the magician.

Fireward of the Phoros

A spell that causes gouts of flame to consume those who dare to lay hands on the magician.

A pinpoint of Phoros-flame that "possesses" mundane fire.

Phantasms of the Phoros

This spell, also known as the “Fata of the Phoros,” shapes flickering light to create visual Illusions, the simplest being the appearance of floating orbs of light similar to the Phoros themselves. Unlike many magically made illusions, the images are formed of light, so they’re visible to all, not hallucinations in the targets’ minds.