Darkvision: You can see in dim light within 60 feet of you as if it were bright light, and in darkness as if it were dim light. Your ties to the Elemental Plane of Fire make your darkvision unusual: everything you see in darkness is in a shade of red.
Fire Resistance: You have resistance to fire damage.
Reach to the Blaze: You know the produce flame cantrip. Once you reach 3rd level, you can cast the burning hands spell once with this trait as a 1st-level spell, and you regain the ability to cast it this way when you finish a long rest. Constitution is your spellcasting ability for these spells.

Druidic: You know Druidic, the secret language of druids. You can speak the language and use it to leave hidden messages. You and others who know this language automatically spot such a message. Others spot the message’s presence with a successful DC 15 Wisdom (Perception) check but can’t decipher it without magic.
Ritual Casting: You can cast a druid spell as a ritual if that spell has the ritual tag and you have the spell prepared.
Spellcasting Focus: You can use a druidic focus as a spellcasting focus for your druid spells.

Summon Wildfire
2nd-level Circle of Wildfire feature
You can summon the primal spirit bound to your soul. As an action, you can expend one use of your Wild Shape feature to summon your Wildfire Spirit, rather than assuming a beast form.

The spirit appears in an unoccupied space of your choice that you can see within 30 feet of you. Each creature within 10 feet of the spirit (other than you) when it appears must succeed on a Dexterity saving throw against your spell save DC or take 2d6 fire damage.

The spirit is friendly to you and your companions and obeys your commands. See this creature's game Statistics in the Wildfire Spirit stat block, which uses your Proficiency Bonus (PB) in several places. You determine the spirit's appearance. Some spirits take the form of a Humanoid figure made of gnarled branches covered in flame, while others look like Beasts wreathed in fire.

In Combat, the spirit shares your Initiative count, but it takes its turn immediately after yours. The only action it takes on its turn is the Dodge action, unless you take a Bonus Action on Your Turn to Command it to take another action. That action can be one in its stat block or some other action. If you are Incapacitated, the spirit can take any action of its choice, not just Dodge.

The spirit manifests for 1 hour, until it is reduced to 0 Hit Points, until you use this feature to summon the spirit again, or until you die.


Wildfire Spirit
Small elemental, any chaotic alignment
Armor Class 13 (natural armor)
Hit Points: 35
Speed 30 ft., fly 30 ft. (hover)
STR 10 (+0) DEX 14 (+2) CON 14 (+2), INT 13 (+1) WIS 15 (+2) CHA 11 (+0)
Saving Throws Skills Damage Immunities: Fire
Condition Immunities: Charmed, Frightened, Grappled, Prone, Restrained
Senses: Darkvision 60 ft., Passive Perception 12
Languages" understands the languages you speak
Soul Bond The following numbers increase by 1 when your proficiency bonus increases by 1: the spirit’s skill and saving throw bonuses above, the bonuses to hit and damage of its Flame Seed, and the bonus to damage of its Fiery Teleportation.
Flame Seed Ranged Weapon Attack: +7 to hit, range 60ft., one target you can see. Hit: 1d6 + 3 fire damage.
Fiery Teleportation (Recharges after a Short or Long Rest).
The spirit and each willing creature of your choice within 5 feet of it teleport up to 15 feet to unoccupied spaces you can see. Each creature within 5 feet of the space that the spirit left must succeed on a Dexterity saving throw against your spell save DC or take 1d6 + 3 fire damage.

Enhanced Bond
6th-level Circle of Wildfire feature
The bond with your Wildfire Spirit enhances your destructive and restorative Spells. Whenever you Cast a Spell that deals fire damage or restores Hit Points while your Wildfire Spirit is summoned, roll a d8, and you gain a bonus equal to the number rolled to one damage or Healing roll of the spell.

In addition, when you Cast a Spell with a range other than self, the spell can originate from you or your Wildfire Spirit.

Once you use this feature, you can't use it again until you finish a Long Rest.

Weapon, uncommon This carved blackwood cudgel still has natural roots that seem to have grown wrapped around a chunk of iron ore. It is a +1 club.

Additionally, when targeted by a shillelagh cantrip, in addition to the normal effects of that spell, it becomes a +2 weapon and inflicts an additional +1d4 fire damage on a successful strike.

Gained from Darkleaf, the dryad of the Blackwood. 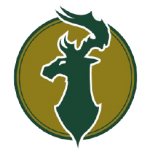 Emerald Enclave NPCs
The Enclave is made up of a great many folk who are nomadic, or who spend their time traveling. As such, they tend to have fewer strongholds or outposts. Those that they do have tend to be quite well-known, however, among its membership.