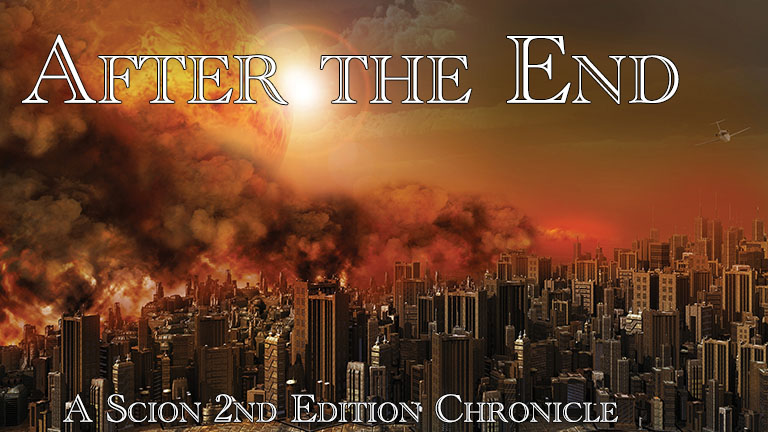 Was it nukes? Climate change? Alien invasion? No one can really agree how it ended, but there's no doubt: the world did end. You are men and women of skill and capability, part of a small pocket of surviving humanity, that has managed to survive the cataclysm. But it is not just the end of the world - with the rising of the Titans and the razing of planet, we are on the cusp of the end of ALL worlds. You are heroes imbued with the power of the Gods, and may very well be the last, best hope for man and god alike. (Post Apocalyptic Divine Heroes fight to save what remains of humanity.)