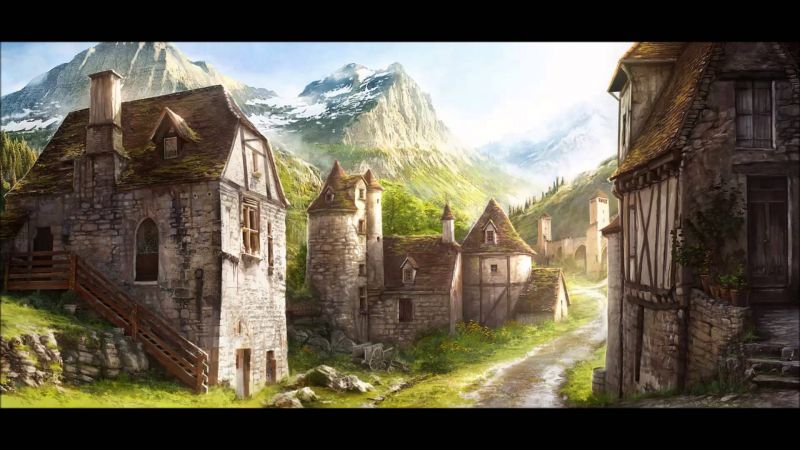 The Town of Westridge sits at the far western end of the expansive realm known simply as The Kingdom. It is predominately a mining community, with most of its denizens working in the various precious ore mines within the Westend Mountains. To its south lay the outer forests of The Wildlands, a region largely unexplored and believed dangerous. Despite it's roots in the Westend Mines, Westridge enjoys mild seasons, clear streams, rich and fertile farmlands, making it almost completely self sufficient - which in turn makes it far wealthier than its nearest neighbors, some three days ride away.


Westridge is nominally governed by a Magistrate, a balding middle-aged man with a pleasant personality named. Thomas was appointed by the young Duke of Westend, several years ago - priorb to the young Nobles departure from the Westrock, a fortified keep built into the mountain side - for the Royal Court at Fallrest, and has not returned since. Dutifully Thomas collects taxes on schedule and ensures their delivery to the Westrock with the help of a neighboring Clan of Gamorak.


Magistrate Thomas, however, is not the only figure of authority in the township. Bishop Yarris is a elderly scion of the Holy Church, and for many - has been the voice of influence for as long as anyone can remember. While stern, the Bishop is also known for his level head and quick wit, and is well respected in the town. Further, his eldest grandson is a Justicar Knight, which gives him considerable influence within the lower tiers of the Church leadership, and though he speaks of it often and at length, he does so like a doting relative instead of a overbearing politician.

Note: I make no guarantee this information is completely accurate or even at all truthful.