Academy of the Stars 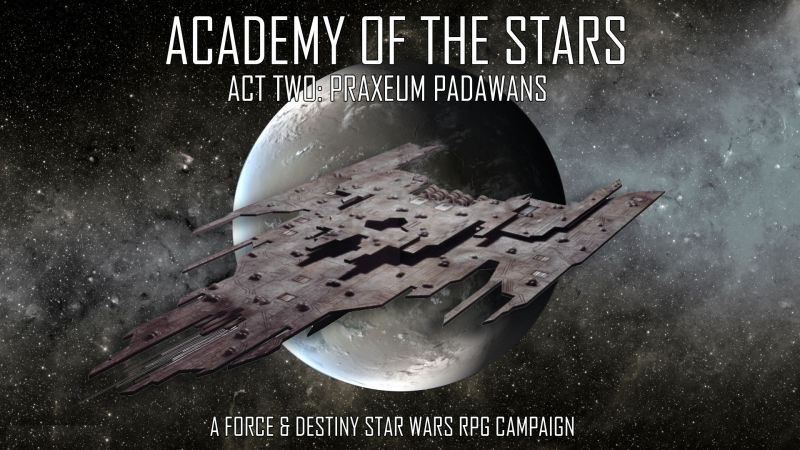 It is the year 645 ARR, and the beginning of the second year aboard the Chu'unthor for a small group of padawans. The padawans - a year older, and some grieving losses - have been recognized for their accomplishments as padawans, remarkable in those who are still so young. Now they return to the mighty praxeum ship for its new cycle, which will take the former Heliost clanmates to new and exotic places. 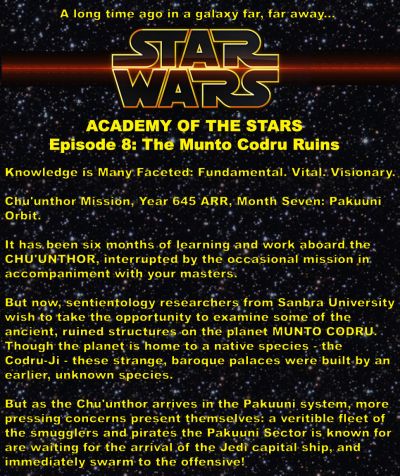 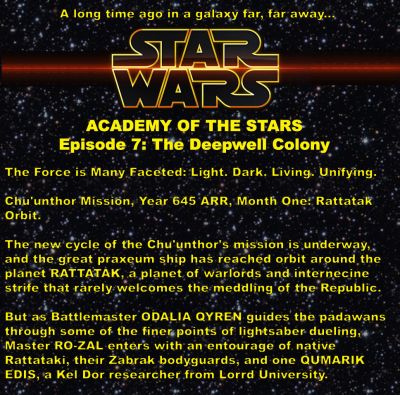