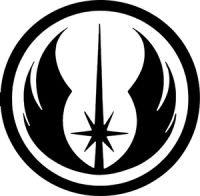 The Jedi Order includes a variety of tests and requirements to advance through its lower ranks, with the very real possibility of failure at any point of those challenges.

Failure is a very real possibility. Those who never hear the call of their crystal during the Gathering, or who fail the Padawan Trails three times do not become padawans. Neither do those who reach mid-adolescence without the Master of their Clan ever nominating them to the Trials, being chosen by a Master for training or for whom the High Council senses an unfitness to be Jedi. Occasionally, the Force itself will nominate a youngling as ill-fit.

There are two requirements to become Jedi: strength in the Force and temperament to Jedi philosophy. Those who do not have both - to some degree, even if it is well-buried - do not go on to become padawans. Those with strength in the Force are often invited to placement within the Jedi Service Corps, while those with the proper temperament are often recruited into some other notable service.

Padawans who are found entirely wanting, or who simply fail their Knight Trails, also do not go on to become Jedi. Such Force-sensitives are almost always recruited to be part of the Jedi Service Corps. They inevitably have a great deal more power and training in the Force, and it is generally unwise to let such individuals go a'wandering - history has shown that such disaffected youth are often all too vulnerable to both those who would abuse their abilities, and to temptation from the Dark Side. Still, they cannot be forced to join the Service Corps, although the Jedi are careful to keep a close eye on those who leave the Order entirely.

Younglings are raised by the Jedi Order, but have no standing within it. From a very early age, they are raised by Force-sensitives called Keepers, who watch closely as each child grows and develops, teaching and nurturing them, and guiding them in the development of their Force potential. They are also watched carefully for specific signs of personality and outlook.

When the child is capable of walking and talking well on its own (at about four to five years of age for human children), the child is moved from the nursery and placed in one of the Youngling Clans in the Temple or praxeum. There, they are watched over by a single Master who also begins teaching the younglings the basic skills expected of those who would one day be Jedi: knowledge, discipline, and the beginnings of harnessing the Force. These younglings also begin learning the arts of the lightsaber using training emitter-equipped lightsabers, which are incapable of inflicting injury.

Somewhere at the onset of adolescence (about twelve to fourteen in human children), these younglings are permitted to take the Padawan Trials, a test held before the High Council once every half-year or so. The Masters of each Clan nominate those in their brood they believe are ready for the Trial, which consists of demonstration of lightsaber technique, recitation of key Jedi philosophies, and demonstration of meditation and other disciplines.

Those who pass the test move on to the Gathering, a trial on the ice planet of Ilum's crystal caverns, where the young Jedi must fight past his weaknesses to hear the call of the Force, as echoed through a single khyber crystal somewhere in the cavern. There is one other step to becoming a padawan, however: being chosen by a Master. 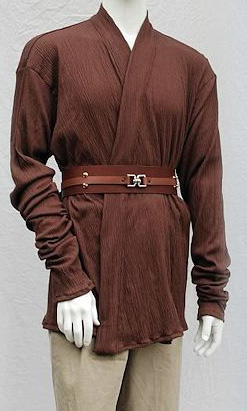 The padawan has both passed the Padawan Trails and accomplished the Gathering, and constructed their lightsaber. They have been chosen by a Master and found fit by the High Council to serve as a learner. Only then does a youngling achieve the rank of padawan, leaving their Youngling Clan behind to serve with their new master. For their part, the padawan's master trains them in everything they know and then some, often arranging training for their padawan to receive lessons on topics and disciplines outside of their bailiwick.

There are two Duty Types for padawans: 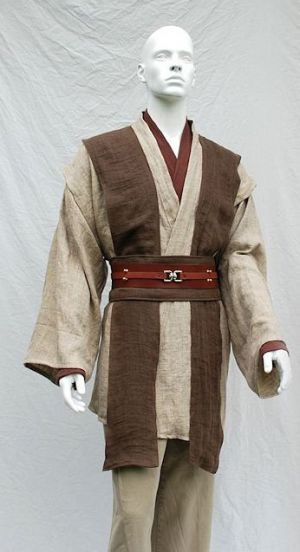 The knight has passed his Knight Trials, and is accorded the status of Jedi Knight. He is a full member of the Order, and no longer remains under the training and supervision of his master. He is now considered to be an agent of the Order, working to accomplish the goals of the Order. Younger knights (Rank 2) are generally given assignments, the activities and progress watched closely by the Councils, but as they prove themselves capable and worthy, the Order often permits them to take up whatever tasks they consider needful, choosing their own endeavors (though even such knights may be called upon by the Council occasionally to take up a mission that the Councils deem their skills necessary for). Knights of greater experience (Rank 3-4) may even consider taking on a padawan themselves, or in much rarer instances, may be asked to take on a padawan learner.

The Duty Types for knights include: