The Upper Undervale; or the Mountains 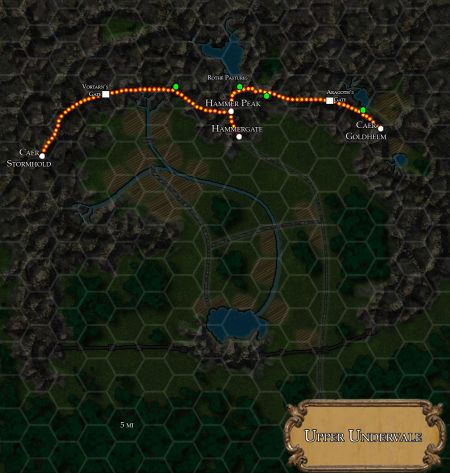 When most Valefolk speak of the Undervale, they are discussing the citadels and the Great Underroad. Even though most of these structures never see the light of the sun, most of them are built into the mountains that loom above the Vale, making them actually higher in altitude that most surface settlements.

Deeper into the Mountains

Though the Starfrost Mountains extend far in nearly every direction, and many of the great peaks of the range do have cavern systems, they aren't connected to one another, by and large.