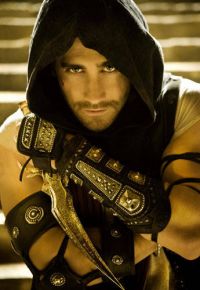 Gerrin, a self portrait

Gerrin grew weary of pies both in the fields and the windows of his kinfolk. Clearly, if he were to gain the riches and respect of the realm he would need to travel. His feet itched with wanderlust and his ego craved power. One affliction was fairly common, the other he chose to keep to himself. People tend to argue with you when you want to dominate them. Simple people love to argue.

Heading west to Ree he was convinced power would unfold like a lily to his touch. Instead he found a ramshackle city with slightly less fame and glory to offer than what he was looking for. It had some fairly interesting people and stories - perhaps a few ruins here and there - but nothing seemed to really pique his interest.

Less than a year after he arrived in Ree a caravan showed up. This might just be the ticket to a greater avenue of adventure!

Connections to other characters

Aidan Stormcrow - Aidan is the son of the town blacksmith who, many years ago, went crazy and slaughtered his family. Aidan is 'the boy who lived.' Apparently the town is waiting for him to lose his marbles just like his daddy did. Still, I'll play nice and try to learn Dwarven from him. Having a title like, 'Gerrin who learned Dwarven from a crazy person' might make me sound more menacing.

Sorlandira Amneshai - Sorlandira is an elf. AN ELF! oh how MARVELOUS to know an elf! She's quite stunning really. She's very well read and very charming. She assisted me when that daft caravan leader wouldn't listen to me. (I was going to shank him a whole bunch of times.) I hate to say it, but I hope we can be friends. There is quite a lot I'd love to learn from her.

Marak Bolduum - He's a good guy really. I haven't quite decided whether he's smarter than he lets on though. He seems to like his cups. He's got some strange notion about how holy thieves tools can be. The notion sounds ridiculous but truly it makes me uneasy. I shouldn't tick off any potential deities because I want to be as powerful as one. Step carefully. He's also the welcoming party the local thief's guild sent for me. I have no desire to share my skills with or around such a silly organization. Honor among thieves indeed! As long as the person muttering the phrase comes out on top!