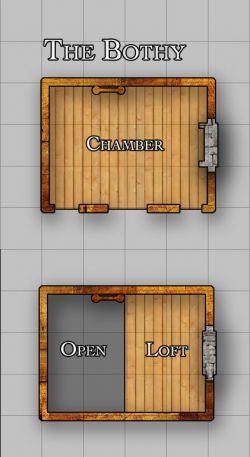 In a Crowndom settlement, a bothy is usually leased to either a bachelor or Bounded (single or couple, occasionally with a small child or two at most). 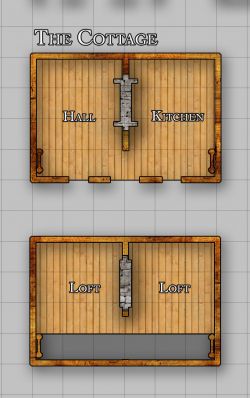 In a typical settlement, the cottage is the most common type of dwelling, allocated to families of Bounded or free farmers. 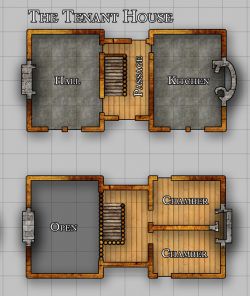 The farm house is constructed with a mind toward self-sufficiency. Most such structures are built in hamlets or other settlements – they are the simple farming holdings out in the countryside. Such holdings may be clumped together with other farm houses, as well as an assortment of smaller dwellings (usually bothies and cottages, for farm hands).

Lease-holdings differ from tenant plots in that while the lord owns the land, it is leased to the family who holds it. Such leases are usually either decades-long or even an allotment called a lifetime: a typical lease is three lifetimes, and would expire once the head of household, their spouse, and their eldest child died. While accident and illness could sometimes cause a sudden end to a lease holding, if the family in question has done well, the lord is usually happy to re-lease the holding to their heirs or kin.

A lease-holder owes the lord taxes on the lease, potentially paid in harvest goods or actual coinage, although a great many lease-holders are also yeomen, serving in the House's military as their taxation. This has the added benefit of putting such holdings under the care of those who can defend them, and such lease-holders frequently hire their fellow soldiers as farm hands. 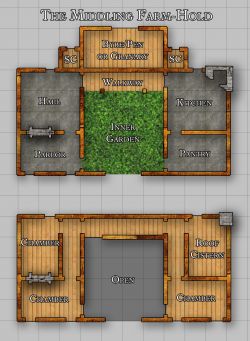