From OakthorneWiki
Jump to navigationJump to search
Lamplighters 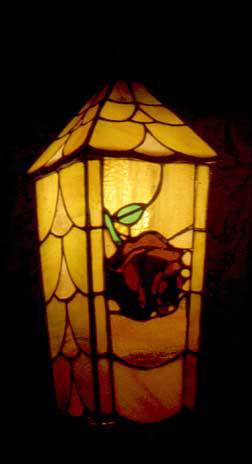 This cabal was formed in 2010 by Portland's Hierarch, Agrippa, in response to the increasing influx of strange mages to the Consilium of the Rose. Their mission is simple: investigate mages new to the area, discovering whether they are refugees from Seer attacks, newly awakened Mages or Seers themselves.

Upon a field of midnight blue, twisting rose vines of pale green, entwined about a yellow-lit Rose Lantern. Upon the vines bloom five blossoms of dusky rose in hue, with myriad unopened buds of pale saffron. Hanging from the lantern is a plaque, engraved with the seals of five Orders: Adamantine Arrow, Guardians of the Veil, Silver Ladder, Mysterium and Free Council. Entangled in the vines, along the bottom, are a carved wooden cross, a scroll, a chalice, a sword and a shield. Writ across the top of the Heraldry are the words: Fiat Lux.

We bear the Rose Lantern, and maintain its illumination. To some, it is a beacon of welcome; to others, it is the light of revelation and truth. We, the Lamplighters, shall nurture the newly Awakened with one hand, and defend the Rose Consilium with the other.

We, the Lamplighters, do take the following as our sacred duties before the Rose Seat and the Consilium of the Rose:

The Lamplighters observe all five of the Great Rights of Crossing, Emeritus, Hospitality, Nemesis and Sanctuary.

This portion deals with activities banned by the cabal.

There are as yet no Addenda to the Cabal's Charter.