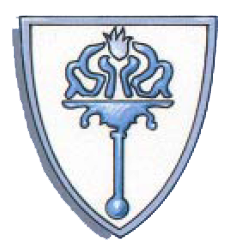 The Lords of Waterdeep are the ruling council of Waterdeep, forming the basis of its secretive oligarchy government. Established by the Old Mage of Waterdeep, Ahghairon in 1032 DR as an alternative to the rule of warlords (who tend to default to imperialistic and militaristic definitions of prosperity), the rule of the Lords is not just council-based, but also mostly anonymous. The council is made up of a number of Lords, all but one of whom are Masked Lords, and represented by a single Open Lord.

The Open Lord's role is simple: she is the public face of the Lords of Waterdeep. She is not their leader - hers is only voice among many - but it is the nature of the Open Lordship that she fulfills the function of being the publicly accountable and culpable person. In theory, her role is to be that person who can be held publicly accountable for the actions of the Lords, and whose existence prevents the rule of a wholly anonymous, faceless body of potential tyrants. The Open Lords holds a set of distinct legal powers granted her by her position. 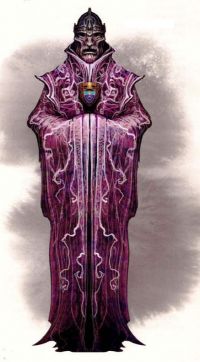 At least a dozen in number, it is almost unheard of for more than seven of them to appear in a Lords' Court. The Masked Lords are not simply masked - their entire heads are hidden beneath the Lords' Helms, and their forms shrouded in the voluminous Lords' Vestments, deep purple sashed robes with heavy cloth gauntlets. It is known that the helms and robes are part of a potent illusion enchantment that hides the Lords from discovery: their voices are simultaneously projected loudly and given a somewhat-hollow baritone by the helms, and the robes practically shimmer with enchantments that serve to conceal any traits that might give away the identity of their wearer: build, movement patterns, sex and even height! Additionally, it is known that these helms (and possibly other regalia) not only protect the Lords' minds from being read or otherwise probed, but reveal to all the Lords in the vicinity any attempt to do so.

Though Laeral has a public appearance as being the leader among the Lords, she is in truth their voice. If anything, her word in the decisions of the Lords is given less credence than others, by the traditions of the Lords for one simple reason: as a public figure, she is a target of favor-currying, lobbying and other such attempts. The other Lords, in comparison, are anonymous and in a place to see and understand things that Laeral's privilege makes her blind to. Additionally, after Dagult Neverember's manipulation and subversion of the Masked Lords, they are reputedly hesitant to invest anything like too much trust in another Open Lord.

It is the Lords who make new laws, and change or abolish old ones. The Lords are also the heads of the Magistrates of Waterdeep, the body of black-robed legalists and judges who pass judgment on legal troubles. Magistrates are chosen from among the many clerks and other bureaucrats who help run the city, and are always chosen for their understanding of the law and demonstrated wisdom.