So kind of you to show interest in one such as myself.

I have lived here for some years, as you know, and I have met the most...

...add a caress here, it reroutes the blood from the brain to other, less dangerous places...

... fascinating people. My story is rather dull...

...after all, the noble-born assassin disguised as a renowned courtesan, one Seven Veils Toccata in this rendition, is so passe, who would be interested? The only twist is that I am not motivated by greed or spite... well, not usually spite, anyway...

I come from a decent enough background, my mother was a concubine...

...oh, if Mother ever heard this, she would have me dragged home just to Shun me again! Why she is the third daughter of House Blær! If anything, she always felt that Father - may his reincarnation be glorious - was her consort and lucky to have her!

... to a noble in Frozen Principalities. I shan't say which, of course, but he was very generous with his child. I was educated and given something of a dowry when I matured, and I left to find my own place in Creation.

...let's not mention the betrothal, the bastard, the scandal, and the Shunning, shall we? Certainly not. Now, bring it back to him...

...vulnerability always sells! Oh, and widen your eyes a bit... there!

... I sometimes feel rather lost in it!

...yuck, that is actually a little too true. Well, verisimilitude is useful...

I have many friends, of course, but I still long for the feeling of being safe and protected.

I am sure you have never felt that way - you are a trained warrior, accustomed to asserting your will with force and determination.Sometimes I wish...

...let that hang right there. Ah, the young, vulnerable, wistful woman, equal parts Madonna and Whore. Which intrigues you more, Captain? Now, a brave smile and...

It is cold tonight, Captain. And, I find I am tired. Will you escort me home? It is unwise for a young woman to be out alone at night.

...and, now, to decide. Do I let him seduce me, or leave him panting with a virginal kiss? I think... frustration clouds judgement quite nicely...


Carried Equipment: Basic weapons, enough money for bribes, unexpected purchases, or similar expenses, a subtle mask that must be folded to be revealed as a mask rather than a handkerchief, a vial of poison, cosmetics that may be used for very basic disguise or to enhance her appearance.


Stored Equipment: All treasures listed below.

Gaia's first green is gold,
Her hardest hue to hold.
Her early leafs a flower;
But only so an hour.
Then leaf subsides to leaf.
So Meru sank to grief,
So dawn goes down to day.
Nothing gold can stay.

Where did you get such a dirty face,
My darling dirty-faced child?
I got it from crawling along in the dirt
And biting two buttons off Arvid’s shirt.
I got it from chewing the roots of a rose
And digging for clams in the yard with my nose.
I got it from peeking into a dark cave
And painting myself like a Icewalker brave.
I got it from playing with coal in the bin
And signing my name in the mud with my chin.
I got if from rolling around on the rug
And giving the horrible dog a big hug.
I got it from finding a lost silver mine
And eating sweet blackberries right off the vine.
I got it from skating and wrestling and tears
And from having more fun than you've had in years.

Other Persons of Note 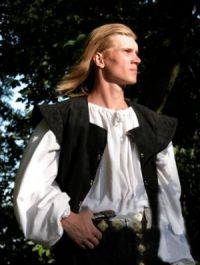 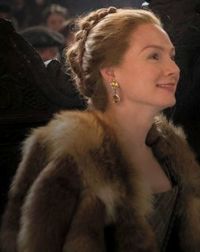 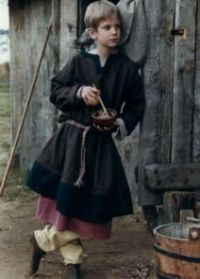 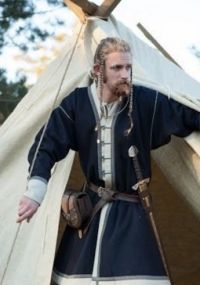 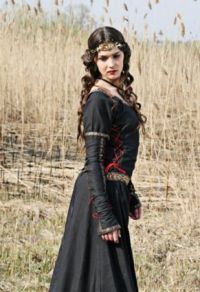 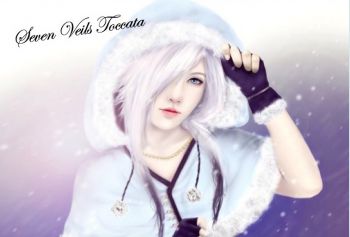 
Appearance Seven Veils Toccata has platinum hair, very fair skin, and shockingly vivid blue eyes. She is slightly above average height for a woman in the North, with an athletic figure well suited to dancing or martial arts. Her breasts are not large, but lush. Her hands are long, tapering, and graceful. She has an elegant yet simple tattoo on her back. 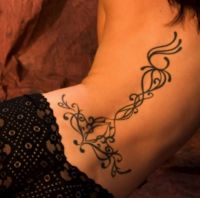