The purpose of life is to live it, to taste experience to the utmost, to reach out eagerly and without fear for newer and richer experience.
-Eleanor Roosevelt

Life is an experiment in which you may fail or succeed. Explore more, expect least.
-Santosh Kalwar 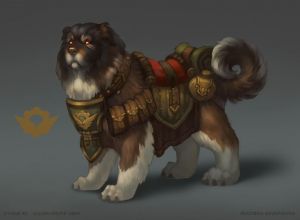 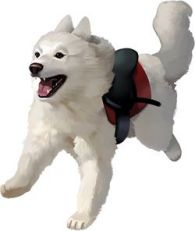 The Applesmiths have a curious custom which has been in place since the founding of the family. Anyone marrying into the family takes on the name of Applesmith, be they man or woman, they become an Applesmith. The first Applesmith was Lobelia Applesmith, the Grand Dam of the entire Applesmith line. She started the orchard on her own after discovering a grove of bittersweet apple trees above the city of Isarae. Eventually she expanded the orchard and took a husband, and eventually having children. As her family grew, she branched out into cider making and started the legacy of Applesmith Cider. The name Applesmith means something in this area and so far no one has had any reason to try and change it. Rarely an individual has left Snood to travel, and may have changed their family name, but the hobbits in Snood keep the family name.

The Applesmith brand has two distinct ciders, a dry and a sweet. Both are highly prized by innkeeps from Mehthris and Malduahr, and even further afield. Malva is working with Bungo and the orchard growers to create another brew based off a new cider apple she had imported by the traders.

While the Applesmiths are one of the wealthiest families in the area, they are not above their neighbors. When Isarae was destroyed they welcomed the refugees who fled up the mountain and gave the people a place to recover, a place to work, and eventually a place to live. They aren't lavish or boastful fold, but rather sensible. The things they purchase may be more expensive, those things they can't get from other townsfolk, but they are also sturdy and well build.

Talmarkin is the seventh child of Bungo and Poppy Applesmith, a well regarded and hobbit clan best known for their hospitality and cider. Being the youngest of seven children, with adult siblings, Talmarkin learned how to be unobtrusive at a very young age. You could say his training as a rogue started at home, learning to dodge angry sisters, hide from searching parents, and nicking food from the kitchens without being caught.
One of the best places to hide, much to the consternation of Wren and Peridot (often tasked to watch him and the twins), was to escape to the old forest. Since the age of 4 Talmarkin has wandered the dark sylvan expanse, his forays going further and further afield as he grew older.

I know these guys

Dolgrim Margrave - Dwarf cleric of dead things, a little ooogie boogie, but he's good folk. We've seen some shit together. His family are the only dwarves around and they make great shoes.
Enkohl - Newly arrived in town a few weeks back. They're dragon like! But people.
Alfondir - New guy. Don't know anything about him. He dresses fancy though.

Baron Marvelous, Master of the Old Forest River Banks, and Consort of the Moon a.k.a. Lil' Pretty - Caitsith - Gang of Nixies - Bully