One side of the town is the great sea where there is a small dock that brings in many of the commercial items and supplies from the two great cities near by. The town is build close together and feels smaller than it really is. A big part of this is due to the great forests that surround the other side of the city. Past the docks to the south the land rises to a great cliff side where the Noble Julian Murdock lives. His great house is surrounded by a great wall of stone and the road to access his front gate is out of the way and passed by both the Mayor's Manner and the town guards barracks. The actual town is build around a circular road which houses the town market in the center on the south side and most of the major neighborhood to the north. The docks to the east and the scatters homes to the far west house the two major slums. further to the west is a rough dirt road which leads to the west side of the cliffs and the major mining caves.

Government: Local noble who resides on the hill above the sea and a Mayor who runs the town

Defense: The city is protected by a local town guard lead by an elected official but it is well know he works for Murdock. He is kind and fair and leads his men to keep the peace more than use violence. Their biggest challenge of late has been the growing gang influence which has become something greater than the Captain of the guard can ignore. Total guard: 18 men and women

Commerce: Basic supplies are easily found and come in regularly on both boats and from the near by large cities. In fact the town would be a major hub except it is dwarfed by two major cities who have a much more stable economy. 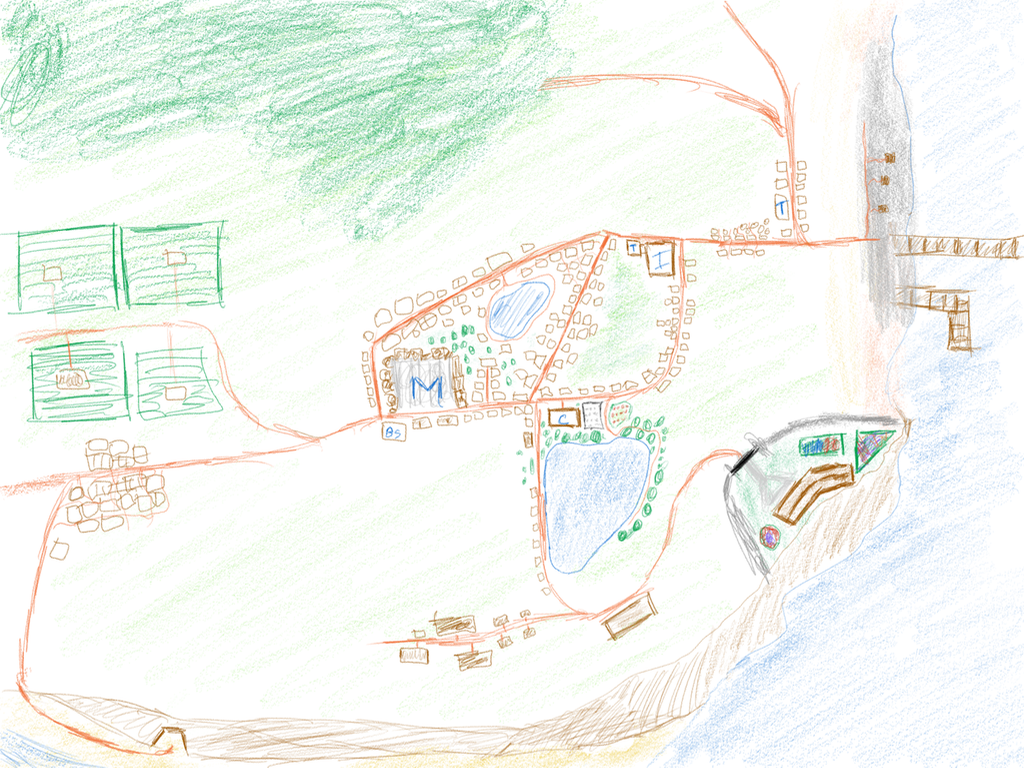