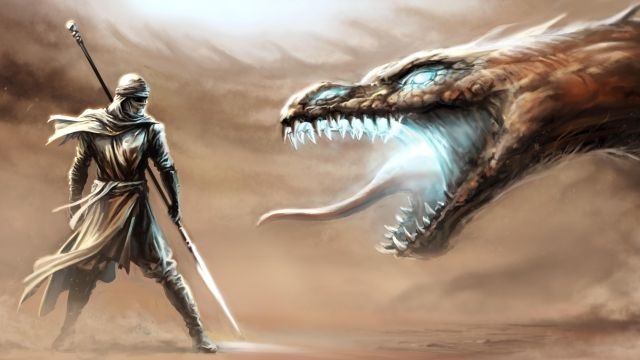 “In the wind of the mind arises the turbulence called I. It breaks; down shower the barren thoughts. All life is choked. This desert is the abyss wherein the Universe. The Stars are but thistles in that waste. Yet this desert is but one spot accursed in a world of bliss” ~Therion The Great. 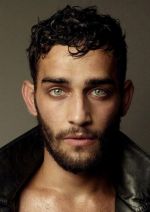 Natural Form "Thrax" (Human Male)
My First Face
Found on the face of a dying boy, this was the form he first coalesced into. He stumbled upon the boy while wandering the forest alone after his birth. Mimicking the boys voice, he sat down and held him as he died. He asked the boy why, and he told him a tale of the boy escaping from and being hunted down by a twisted cleric who served only his own advancement, who wanted the boy as his personal sex slave. Having this interaction at a very early age was one of the foundational occurrences to shape the paladin aspect of Thrax. He does serve the universe, just not in the manner most are used to. In this form, Thrax is at his most honest, and most emotionally available. 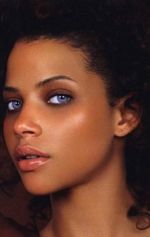 Darshinian (Female Half-Elf) "Olivia"
My Muse; The Lady
His beloved Mirah. The one who taught him everything he knows about being a spy. He wears the form of her body as a memorial to her. This is one of his most deadly and devious forms; in life, Mirah often criticized Thrax for being to soft, too compassionate--in death, he is convinced of the importance of hardness and it is in this form that this conviction is at it's deadliest. Everyday he strives to be as good as she was. Mirah wasn't a Doppelganger like Thrax, and as such was able to blend in and assume the identities through nothing but her own cunning and skill. Thrax may never love again, as he struggles with outward feelings of shame, and inner feelings of guilt and failure. 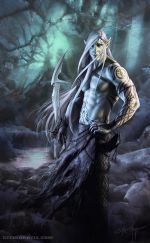 
Near his 20's Thrax came upon a great battle between an adventurer and a great beast. By this time he had learned not to jump into battle head-first just to save someone's life--there are always reasons that bring someone into mortal danger; he knew it is better to wait and discern what really is going on. So, he watched. He watched the talented fighter battle valiantly, and die. He then killed the beast himself, used it's animal material for food, took the possessions of the fallen warrior, and buried him with high honors to Loki. He honors the fighters strength, stamina, and beauty by wearing his visage. In this form Thrax tends to boast, make merry, sleep around, and live as both wildly and grandiose as he can. 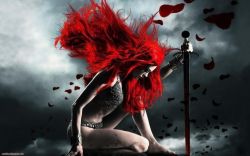 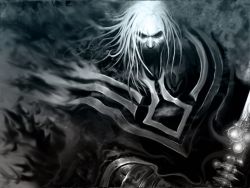 The Brotherhood is an spy organization made up of some of Thrax's persona's. He uses this organization as an additional cover for his real identity as a Doppelganger, and as a front for all of his criminal activity. Below, you will find a list of which personas currently make up The Brotherhood by order of their importance and power, as well as their position within the organization. Thrax has thought about the potential benefits and the potential issues that may come about from recruiting others for the organization; he's still discerning whether or not to do so. Look in the Personas section above for additional information.

Possessions On Mount (A black chocobo)