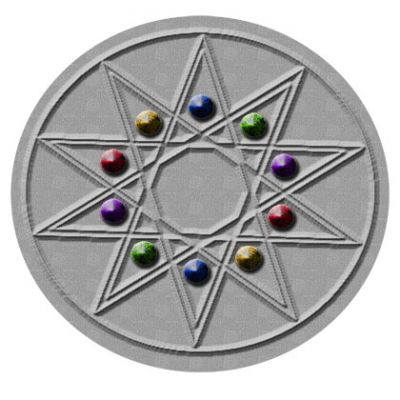 Gods of the Great Heavens
Also called the First Gods, the Empyrean Courts are divinities of great power. Creator gods who fought in the Dawn War, the Empyrean Courts discovered the secrets of mortal life and the power that the worship of such mercurial beings brings to those whose nature is that of the Astral Sea. These are gods of whole races and nations, and of the most noble and terrible of precepts.

The Great Heavens are planar dominions in the Astral Sea where the Empyrean Courts make their kingdoms for the reward of the afterlife.

The close-knit nature of the divinities is reflected in the fact that the churches of the pantheon work closely together, rather than engaging in rivalries (although the Talion priesthoods can fall to venality and in-fighting frequently). As such, there are a great many organizations made up of adherents of multiple deities who work together towards a single goal. Though these organizations don't often cross the Empyrean-Talion divide, individual exceptions sometimes exist.