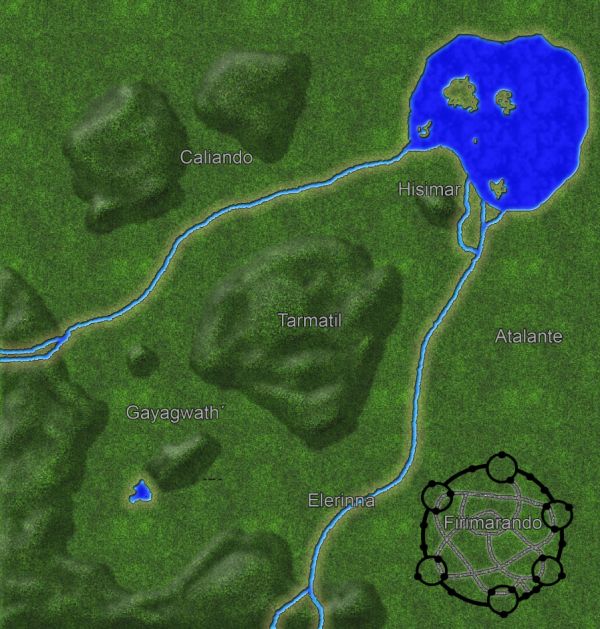 The City of Silver Spires
X

The King of Silver Spires

Sindamintar Morsulion
The Sindamintar (or King of Silver Spires) is also known as the Lord of the Blackwind. A powerful and ancient eladrin lord, it is said that black-maned Morsulion has belonged to different Houses at different points in his life, marrying into some, being adopted into others. No one truly knows what House he was born into, though the Tirnalle, Serkeril and Elenrusse all have plausible stories of his origins. He refuses to allow such things to be discussed in his presence; some even claim that he is common-born.

Although officially aligned with the Gloaming Court, Morsulion has extremely strong ties to the Summer Court as well - explaining the strong presence of Sidhe Houses of both Courts in his domain. The Lord of the Blackwind is clearly aware of both the danger and potential of Liminal's intersection with his city. He permits the Sidhe Houses to choose among their finest for the Sidhe Seats in the Accord of Worlds, while he himself chooses his official ambassadors to the Accord.

The Fey Courts in Arilan Atrin

Language of the Sidhe

The names of the Feywild nobility are constructed using Tolkien's Quenya language, which can be found here: http://www.rialian.com/quenya-english.htm

Gods of the Feywild

Although the Sidhe Houses, being aligned with the archfey, tend to look down on the feyborn who worship the gods, the fact is that godly worship has been in the Feywild for many centuries know, and probably will be forever more. The gods have taken on different forms or identities, in some instances, better aligned with the nature of the Feywild's denizens, in order to foster that worship. The information below indicates how they vary from the godly descriptions in Gods of Liminal.

The feyborn do not acknowledge the Talion gods as worthy of worship, save among the debased cults of the Unseelie. The only Talion deity spoken of by the Seelie is Makoryn, who is said to be worshipped among the drow as a spider-goddess whose name is forbidden to be spoken.

The Spire Knights are made up of warriors of all sorts, including paladins in service to Airevilya, the feyborn's emanation of the Empyrean god Aevo.

The Guardians of the Greensward

A powerful order of magicians, the Hallowed are not in service to the City of Silver Spires, though they do lend the Sindamintar magical aid when the safety of the city requires it. They are a secretive order of magi, made up of commoners and Sidhe alike. The Hallowed don't usually get along with the Keepers of Accord in Liminal.

The Dome of the Mighty is a great central temple in Arilan Atrin, dedicated to the worship of the gods revered by the feyborn. It is known to have two powerful sponsors, the Sindamintar and House Belegaur, and is rumored to have a handful of other, secret sponsors. A knighthood, the Ohtar Telluma, also called the Dome-Wardens, act to defend the great temple and its priesthood.

Like many eladrin cities, Arilan Atrin is divided into different wards. Each ward is governed by an ostoher, or "fortress lord" - one of the Sidhe houses based out of the palace given over to their use. These are always the ruling Houses of the city. Some districts may also be home to vinyeher, or "young/lesser lord" Houses, who are assumed to owe fealty (but only in the context of the city's governance) to the ostoher who hosts them.